First, I don’t really understand all the hate for the movie or for the main actress of « I feel pretty » since I literally fell in love with it and went twice to the cinema in Belfast to see it. I don’t get why a movie which message is « Hey you don’t look like women on magazines well that’s ok because the most important thing is that you are you and you are unique and you are worth it » is receiving so much criticizm. Anyway, I won’t pay attention to all the negativeness about all this anymore. I prefer to continue to love the whole production of « I feel pretty ».

For me the movie was perfection because the character of Renée is very similar to myself. Even at the second time I saw it I cried. I loved practically eveything in it. I recognized myself in all the situations she was when she felt like she wasn’t good, pretty enough.

Here are some things I noticed and wanted to share here :

I think that’s approximately all I wanted to say. This movie is one of my favorite and I was really happy I could discover it. If you have seen it please let me know what you think of it that would be great. 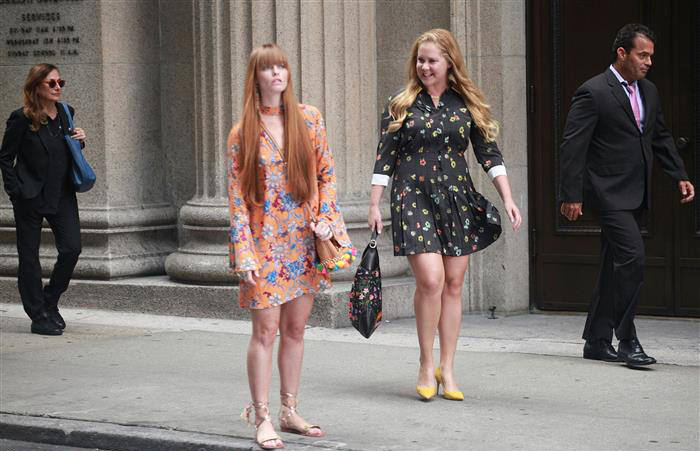 Have a great sunday guys, it is sunny here in Belfast and the Starbucks I am in is nearly empty so that’s amazing 🙂